A friend and colleague, who worked on the film Michael Collins, told me that the studio’s market strategy team pressured the director to “make it a happy ending.” It would be better for sales, they argued, which is an acceptable thing for them to say, because their job is to sell the movie. The director resisted – that was his job – because there was no happy ending. Michael Collins was assassinated, he was dead, there would and could be no Michael Collins 2.

Ed Boland strikes me as a writer who stood up to the marketing people. Boland was educated in the Catholic parochial school system in Rochester, New York, where life was brutal, but you earned a decent diploma to match your physical and emotional scars. After twenty years of working in the education sector in various roles, he decided to teach in the New York public school system. We are trained by Hollywood to expect a tale of sweat, blood, tears, pathos, a breakthrough and then victory. However, there are almost no happy endings in his stories, just unlucky kids and helpless parents in an educational system for the damned.

The book is really well-written, beautifully structured, moving forwards and backwards through Boland’s life, while remaining rooted in the classroom.

One of the most unsettling but compelling aspects of the book is that it brings me straight back to my days in a Catholic boys school. It’s the mixture of horror and exhilaration that you got watching a plucky, principled yet completely over-matched kid get hammered in a schoolyard fight. Every time he picked himself up from the ground, part of you says “good for you, well done!” The rest of you tries to catch his eye, to say “Stay down Ed, stay down and it will all be over sooner.”

Step Nagy creates a carefully structured world in an orderly era, before introducing the fault-lines which lead to that world being sundered.

A successful novelist creates a believable universe for his characters to inhabit, so that the reader can step into that imaginary place  and relate to the triumphs and travails of the people who live there.

Seven – the island summer home of a wealthy American family – is the world Nagy creates in his debut novel. It’s a place where everybody – rich and poor, young and old, male and female – is explicitly aware of their role in society. The Hilsingers exist at the apex of society; nevertheless, life is sufficiently pleasant to ensure the co-operation and co-option of every islander.

This summer idyll exists out of the reach of telephones, providing the inhabitants with a refuge from the world outside. However, the outside world has a way of catching up with you and the author carefully exposes a multi-stranded story of flawed people caught up in power-struggles and betrayals, before being tested by the weight of social and political expectation. 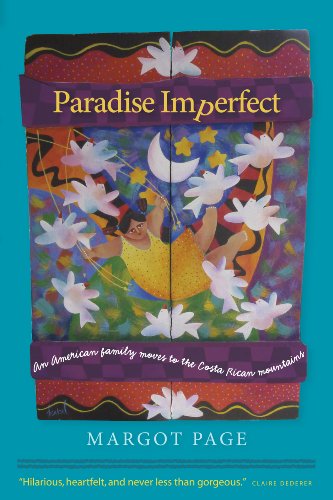 Paradise Imperfect is a shockingly honest, searching and funny account of an American family – members of the coping classes – who decamp to Costa Rica for a year to reconnect with each another. The narrator is Margot, a hyper-articulate wife to Anthony and mom-of-three who presents herself as being bossy and autocratic. However, as the story evolves, any controlling instincts she may have are foiled by her wicked sense of humour; her relentless self-awareness; her pervasive middle-class-white-person guilt; combined with an extra layer of mom guilt. I feel that the danger with a book like this is that Costa Rica could become a glamourous but one-dimensional backdrop for self-obsessed naval-gazing. This book does not fall into that trap. The author brings you on a journey of the wonderful aspects of Costa Rica, painting a picture of a beautiful and dramatic country, with a population that has its priorities straight. The life that Margot’s family has in Seattle sounds pretty cool, but the book leaves you with a sense that Costa Rica was an alternative, a real and attractive alternative, to the (admittedly) rather wonderful two-income frenetic lifestyle that they enjoyed in Seattle. PS – By the end of the book you will be both in love with, and terrified of, their housekeeper Magda.